Ambianic OS provides a convenient binary image for Raspberry Pi 4B with Ambianic Edge pre-installed. The released image files are ready to be flashed on to an SD card and plugged into an rpi. When the raspberry pi boots for the first time with the new image on its SD Card, it runs a WiFi captive portal that allows the user to connect to it and setup WiFi access for the rpi. Once the rpi connects to the internet it is ready to be accessed and managed by the Ambianic UI PWA.

This image automatically and continuously updates to the latest version of Ambianic Edge using docker watchtower.

Following are instructions how to install Ambianic OS on your Ambianic Box or another Raspberry Pi device.

The easiest way to flash the Ambianic Edge Raspberry Pi Image to your SD card is to use Etcher.

Now that you have flashed your SD card, you can insert it into your Raspberry Pi.

Follow these steps to connect your device to WiFi:

If you enter your WiFi credentials incorrectly the Ambianic Edge WiFi Setup hotspot will reappear allowing you to try again.

You should see screens similar to the ones below. 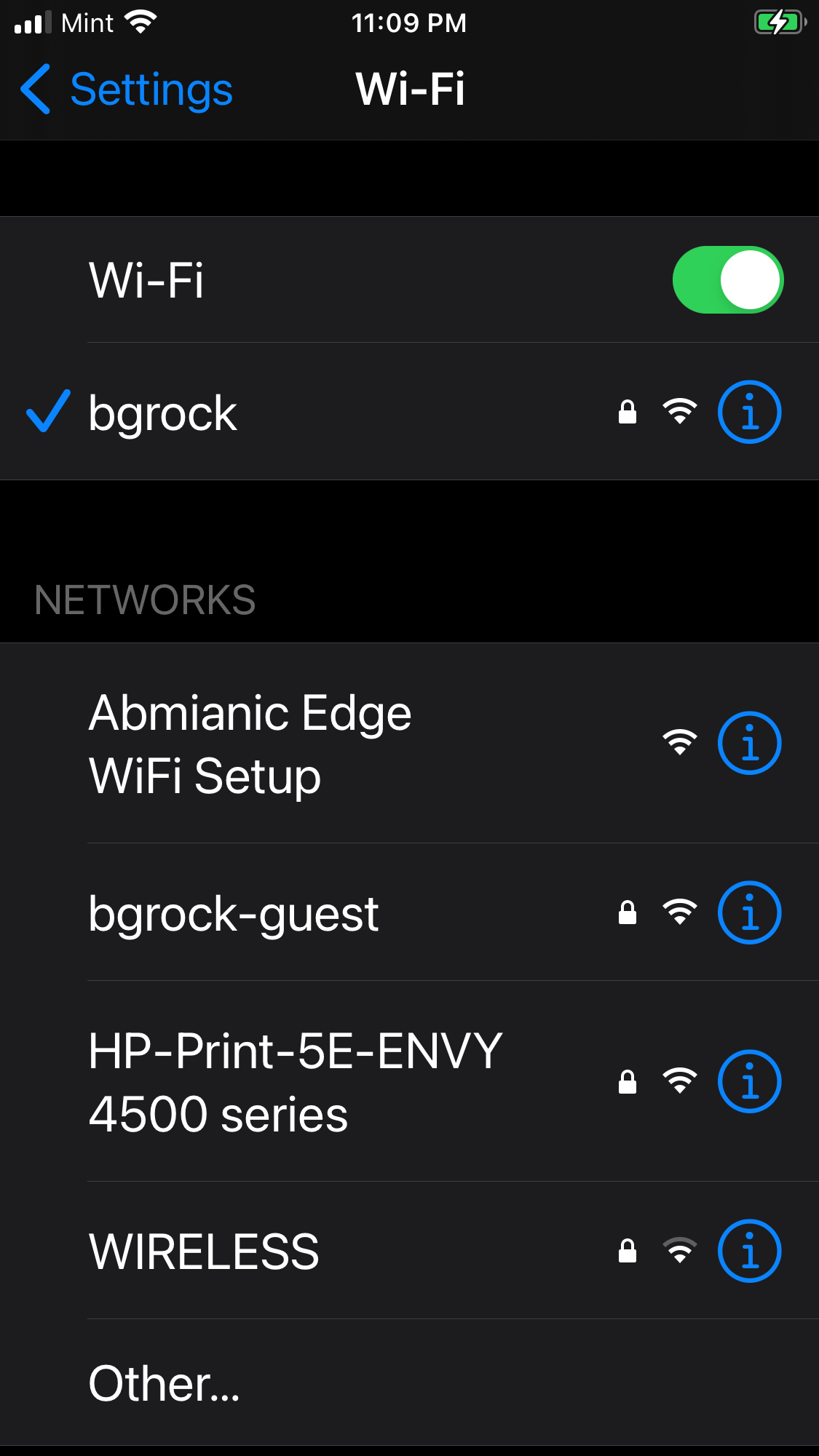 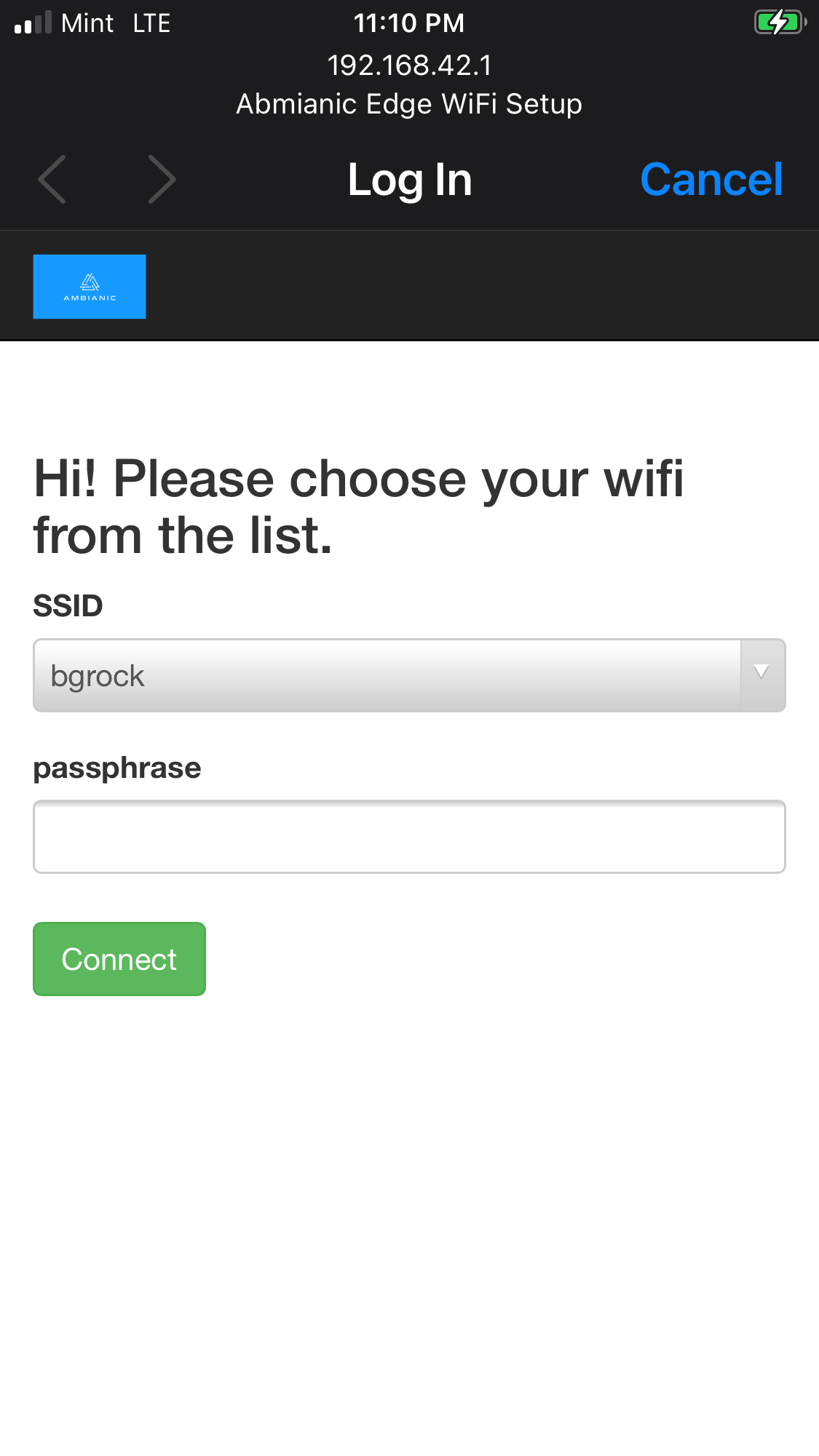 Once the WiFi connection is established, the Raspberry Pi will pull the latest Ambianic Edge binaries. This may take 5-10 minutes based on your internet connection speed. By default the device is configured to use a Raspberry Pi Camera as input source and report person detection events.

After the update process is completed, you can proceed to pair the edge device with your Ambianic UI app. The detailed steps to pair Ambianic UI to Ambianic Edge are described here.

Raspberry Pi is a DYI platform and it requires some technical skills to operate properly. If you don't have any prior experience with Raspberry Pi and picam, you should take some time to learn the basics.

Raspberry Pi 4 requires a specific 5V 3A power supply, which is different from previous versions of the pi. If you use the wrong type, you may hurt your pi device.

If your picamera is not properly connected to the Raspberry Pi you will have trouble using it with Ambianic. Here is a great introductory tutorial on connecting and testing picam.

If you are looking to develop and debug Ambianic Edge code on Raspberry Pi, you can login to the newly booted device from this image via ssh. On your WiFi network, the device will show up with a host name of ambianic-edge. On most networks you should be able to

If you have multiple Ambianic Edge devices running on the same local network, you should use their unique IP address to connect to each. After you login via ssh, you can change the host names to something unique: ambianic-edge1, ambianic-edge2, etc.

You can login to a device via ssh with the ambianic-edge user name and an initial and temporary password ChangeMeOnFirstLogin.

Notice that you will use ambianic-edge as an user name instead of pi.

You will find Ambianic Edge binaries and data files under /opt/ambianic and config files under /etc/ambianic.

A new Ambianic Edge rpi image is released about once a year to keep up with underlying OS file dependencies.

The Ambianic Edge rpi image is not updated each time a new version of the Ambianic Edge software is released. Instead the rpi image uses docker to run the ambianic-edge application software and it automatically updates the docker images using docker watchtower when they are released. This greatly reduces the need for manual maintenance of Ambianic Edge devices.